You can take the girl out of Texas, but the Texas memories still linger...

It's true...funny, but when I lived in Texas (for entirely too long) I felt every inch the misfit. In Texas, the earth, moon and sun revolves around one thing and one thing only; High School Football. I kid you not. Sort of like College football in Tennessee. I'm still scratching my head over that one.

Are you getting a feel for why poor Janis Joplin didn't quite fit in Port Arthur, Texas in the 50s and 60s? She was decades ahead of her time, bless her heart. I never met her, as she was already a star and living in San Francisco by the time I was old enough to meet her. It seems strange though, to have gone to the same college she did (Lamar University) and hear some of the stories about her. Believe me, they were very unkind. In fact, I remember one of my professors in the Music Bldg told some of the most hurtful stories about her and relished the telling and retelling of his sordid tale. I let him know that I didn't care for his "story." He simply grinned and gave his eyebrows a shrug. He was a very handsome man with a slew of college girls swooning at his every move. I found his reliance on his looks to be sophomoric and extremely troubling behavior for a 30ish year old professor. I guess I felt a kinship with Janis and didn't even really know why at the time. 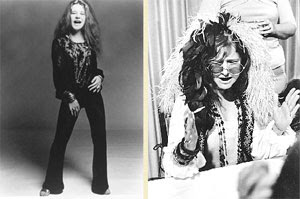 Nonetheless, Texas wasn't an easy place to live amid the rednecks, refinery workers and cowboys. But, I do have fond memories of the local landmarks such as Lubys Cafeteria, Port Neches Park, Jefferson City Mall, The Sea Wall, Nearby Sabine Pass, Satin's Restaurant (demolished by Katrina) and Gulfway Drive ("The Drag" for teenagers to drive up and down on the weekends). And, those crazy friends we had courtesy of parties, CB Radio and more. 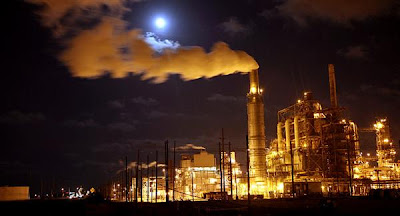 One of my fondest memories is when a large group of us would pile into a couple of cars (where we communicated with each car by CB) and drive to Port Neches on a Saturday night around 11:30pm to "Sara Jane Road." The road was known to the locals and no one else. If a tourist came through this area, then they were lost.

The following is a brief synopsis of "The Legend of Sarah Jane Road": 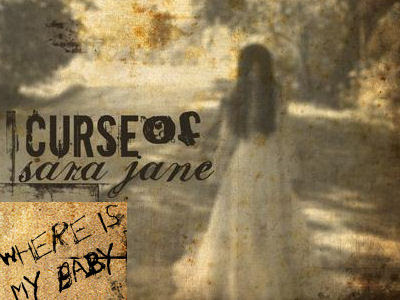 A young mother driving a horse-drawn carriage down the roadway at midnight, many years ago.She had her baby daughter, named Sarah Jane, in a basket beside her. Heavy fog had descended and when she crossed the middle of the bridge the horse spooked and the carriage overturned — throwing the baby into the water. Sara Jane was never found. The tale goes on to say on Halloween night when it’s dark and foggy you can hear the mother calling, “Sara Jane, Sara Jane”, looking for her baby. 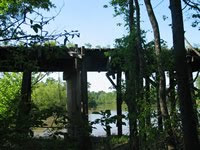 Of course, the guys would be extremely quiet as we creeped along the bridge listening for the haunted voice where one guy in the other car would hide in the woods and do his best creepy moan for Sarah Jane. It scared the crap out of us, which always erupted in screams and laughter. Little did I know that one day, they would even have a My Space page dedicated to this legend! See for yourself.

The Legend of Swamp Witch
In Acadian tradition, and on their usual visit to the swamplands, they stumble upon the fabled Swamp Witch. No one had actually seen the Swamp Witch before, she was not only insane, but she was violent as well. No one dared to cross her path for fear of what would happen.

We also visited "Swampwitch" where she lived near the Louisiana border of Texas. Again, we traipsed to this location trying to see her. The driver of our car whispered to us to be quiet as he was going outside the car to investigate. All of the sudden, he grabbed a figure that had a billowy robe on in the night sky and threw her on the hood of the car pretending to fight. Relief, laughter and plenty of beer was consumed during our rides to these outlandish places. We knew they were legends, but it was fun just the same.

The Beach
Years ago when I was in high school; I was friends with a few young men that were gay. Of course, I was clueless about myself, but I did enjoy my friends! Flying down the freeway until we heard that wonderful, unmistakable ebb and tide of the ocean. It was beautiful...the moonlight danced on the top of the ocean like diamonds sparkling in the sun. As we sat in the car listening to the ocean, one friend turns to me and says, "Let's skinny dip!" I am horrified and shout back, "Are you crazy? NO!" He turns back to me and says, "C'mon! we'll have a story to tell our grandchildren!"

Although I knew the only grandchildren he would be having would be poodles, I reconsidered. We ran toward the ocean, stripping clothing as we went. My 2 best friends and me. 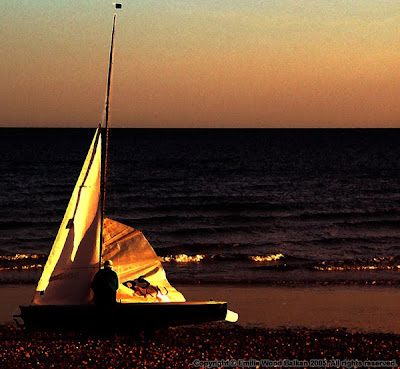 Running into the ocean was exhilarating and exciting. It was a rebirth of sorts. One where I felt so comfortable being ME. Doing something daring and spur of the moment.

It was the moment that I was really...living. That's what it's all about, isn't it?

Posted by Another Writer at 9:06 PM