Intention and the Written Word

My neighbor in Nashville, TN, the irrepressible Reverend Terry Jones has reared his ugly views again.
He has an axe to grind and he would like to use it on the Quran to be more specific.  Of course, he is also protesting the building of a mosque in Murfreesboro, TN.  Sad to say, because of his and his followers' shenanigans, they have made the national news.  Once again, focusing on the proverbial woman with the curlers and moo-moo to become a 15 minute celebrity.


I find it curious that the reverend is so against the Quran.  I read somewhere that the only difference between the Bible and the Quran was that a vast array of people share stories about God and Jesus where the Quran is narrated by one entity:  God.  And, it is written in first person.  I'm certainly not an expert on the Quran but what is so troubling about this revelation?  Has he read it?  Does he disagree with it?  Does he not believe in freedom of speech?  I'm beginning to wonder.  Is it, "Freedom of Speech as long as you believe as I do?" 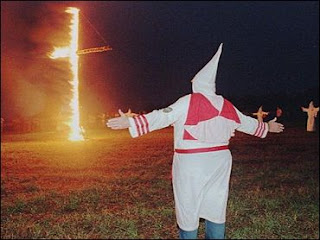 I've known ministers that stand behind every word of the Bible.  I wonder about that too.  Who should have the final word on supremacy of belief?  Fundamentalist Christians scare the hell out of me.  Why?  Because they believe the Bible to be interpreted literally.  You can't tell me that the hundreds of scribes that wrote the Bible in Aramic, thousands of years after the fact wrote a completely factual account free of bias or prejudice.  How many times has the Bible been translated into other languages?  How do the translations hold up?  C'mon....for example:
"Your male and female slaves are to come from the nations around you; from them you may buy slaves. You may also buy some of the temporary residents living among you and members of their clans born in your country, and they will become your property." (Leviticus 25:44-45) 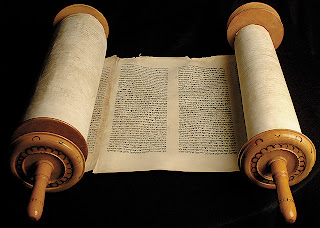 Really?  Slaves?  Burning the Quran? Hating a race of people for the actions of a few?  I believe Reverend Jones has read the Bible.  I just think he's never understood it.
More Musings Later-
Posted by Another Writer at 4:55 PM No comments: