Lately, I’ve been reading about Buddhism.  The thing I like most about it is that it is based in common sense.  When I first thought heard about Buddhism, I thought it was reserved for those Asian men who wore robes and lived in Temples.  I thought they worshipped Buddha.  Boy, was I wrong! 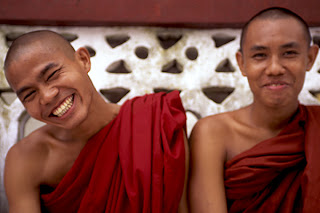 These monks and other followers don’t “worship” Buddha, they take his basic teachings and use them to live a better life.  At the same time, they do not follow any religion blindly.  Think of Buddhism as basic as living life in Mayberry R.F.D.  The concepts involve ideas and difficulties of normal, every day life.  Let me provide some scenarios if the town of Mayberry became Buddhists:
Goober to Gomer:  “Wanna hear my Buddhist impression?  Buddha-Buddha-Buddha!”

Opie to Andy:  “Paw, I shot the Mama bird but didn’t know she had baby birds to feed.”
Andy to Opie:  “Opie, you had no right to kill that bird, regardless of whether it had baby birds or not.  What goes around, comes around.  You need to have respect for all living things.  Gate’, Gate’ Para- sumgate’, Gone! Gone! (Perfect Understanding) 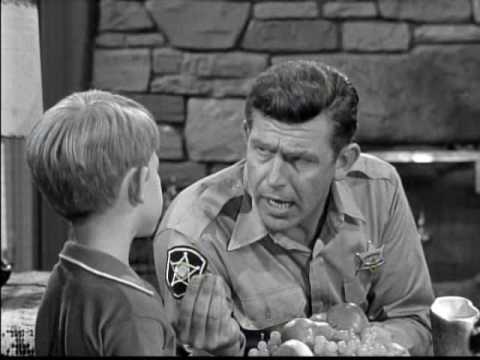 Barney to Andy:  “Hey Ange, you and Helen going to the dance?”
Andy to Barney:  “Naw, I thought we’d have a dharma on the front porch instead.  You and Betty Lou should come over.”

Floyd, The Barber to Andy:  “Hey, Andy, I’m supposed to attend a barber’s convention in Mount Pilot next week.”
Andy: “All the way up in Mount Pilot? That’s great, Floyd”
Floyd, The Barber:  “I’m feeling anxious about it, there are going to be all these master barbers and experts from Mount Pilot and here I’ll be from little ole’ Mayberry.  They will all be better than me.”
Andy to Floyd:  “Kill the Buddha, Kill the Buddha!”
Floyd:  “Ah, Ah, Thanks, Andy.”

Posted by Another Writer at 11:24 AM No comments:

The Misleading Beauty of the Kudzu

One day last week I was watching Oprah, trying to get my fill before she closes the door on 25 years of television excellence.  The topic was "The Freedom Riders."  A group of incredibly brave and forward thinking people who joined forces to ride buses in 1961 from Washington D.C. deep into the bowels of the South where racism was as thick as the kudzu that overtakes the landscape of any and all vegetation around it.

I was fascinated as I listened to stories recanted about the blatant bigotry that existed so prominently then and somewhat quietly today.  Buried within the "Bless your hearts" of those who were overtaken with this backward thinking of racism, was the society that choked life from everything near it.  I began to think that perhaps bigotry and kudzu are one in the same.

On the surface, kudzu is beautiful, a deep greenery of vegetation that rolls on forever, climbing up into trees, along the roads, taking presidence on top of the grass.  At first glance, it seems that the soil beneath the kudzu would be fertile and rich encouraging the production of vegetables and fruit.  But, to those who are from the South, we know it to be a beautiful killer of everything around it.

I've watched people try to kill the kudzu without much luck.  No amount of digging or trying to pull the roots up would do.  Once these plants take hold of the earth, it's nearly impossible to get rid of it.  I once asked my grandfather about how to get rid of kudzu if it overtook your yard, fields, and home.  His best advice was to "leave it, cause you won't ever get rid of it."  From then on, I've looked at kudzu in a different way.  It looks beautiful on the surface, but it's downright deadly if you don't recognize the damage it can do.

Somehow, The Freedom Riders were able to kill off a good portion of kudzu in the South that day.  Leave it to Oprah, a television icon and media mogul who once resided in Mississippi to shine the light on those who were able to stop the kudzu in it's tracks.

More Musings Later-
Posted by Another Writer at 2:12 PM 2 comments:

Ding Dong, the Wicked Witch is Dead...now what?

President Obama did it.  Or, should I say the Navy Seals did it?  In any event; the one task that needed doing was accomplished last night, the death of Osama Bin Laden.  While revenge is sweet for Americans, it causes me to wonder when the next shoe will drop. If you think the score has been settled, think again.  This will be an ongoing chess match of intelligence and human lives.  We have the #1 man that was in charge of the horrendous 9/11 catastrophes and it validates my hunch all along; IF President George W. Bush wanted to kill Bin Laden, he could have.  Did he REALLY think he was in Iraq?  C'mon.  All intelligence pointed to Pakistan.  So, after 8 years of "Dub'ya" we were about as close to nabbing Bin Laden as the proverbial man on the moon.  Instead, we went against the United Nations, Intelligence reports and set our sights on Saddam Hussein.  Can we say, O-I-L?  Sure, I knew you could.

Now we have a President in office that has been working his tail off even before he was sworn into office.  All because Dubya had his Iraq war and Saddam's death to boast about in his memoirs of accomplishments so he was done.  President Obama is in office for about 2 years and manages to kill the most wanted man in America (and beyond really) precisely where we thought he was all these years:  Pakistan, not Iraq.  Meanwhile, we invite the leader of Iran to speak at Columbia University in New York City.  Am I the only one that thinks this is downright weird???

One thing is for sure; there are ALOT of people that were snowed by the Bushes and Cheney.  In fact, I was blown away to see a bumper sticker on the car ahead of me at a traffic light which had a picture of Dubya with the caption:  "Miss Me Yet?"

I shook my head in disbelief and pulled into a gas station to fill up. More Musings Later-
Posted by Another Writer at 1:23 PM No comments: