I heard that beginner phrase alot when I was growing up in southeast Texas.  I mean ALOT.

Yes, I grew up in the stereotypical Bible-thumping south frought with sinners, humid weather and tele-evangelist personalities.  As a result, I learned some lessons very early in life while others who grew up in a more urban existence most likely struggle with determining who is a geniune spirit and those who are not.
I was one of those teenagers who for the most part, really didn't rebel against being grounded, my parents, not being able to do things at a certain age etc.  My big resentment was growing up in a small town with seemingly judgemental neighbors.  As a rebel with a cause, my appearance became associated with the look of someone who was just a bit rough around the edges.  And, this town hadn't seen much of that since Janis Joplin left.  Make no mistake, I'm not comparing myself to Janis, however, the chip we had on our shoulders were amazingly similar.
As I watched tv the other evening, it caused me to think about my self-inflicted war with my old neighborhood.  The harsh judgements and assuming guilt instead of innocense.  The conversation that sparked this reflection jolted me into the past some 30 years ago. 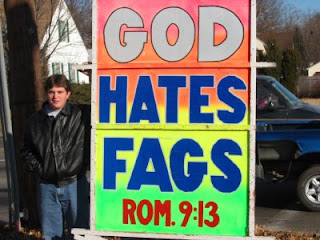 "In Leviticus it says: 'If man lies with mankind as he would lie with a woman, both of them have committed an abomination. They shall surely be put to death and their blood shall be upon them.'

Dear God, if I heard that once I heard it a million times.  On school trips which included overnight stays, extracirricular activities and so on.  After spouting the "truth" my visible response is pretty much the same today as it was then.  Pure puzzlement.

I offer scripture to prove MY point:

Some religious liberals believe that David and Jonathan had a consensual homosexual relationship - in many ways, a prototype of many of today's gay partnerships. 7 Some important verses which describe their relationship are: 1 Samuel 18:1


"...Jonathan became one in spirit with David and he loved him as himself." (NIV)

"...the soul of Jonathan was knit with the soul of David, and Jonathan loved him as his own soul" (KJV) 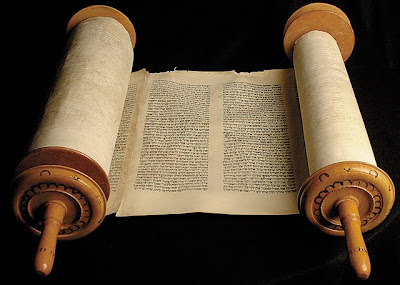 Most translations use the term "soul" rather than "spirit" to describe the bond. They speak of an "immediate bond of love", their souls being "in unison," their souls being "knit" etc. Genesis 2:7, as written in the original Hebrew, describes how God blew the spirit into the body of Adam that God had formed from earth, so that Adam became a living soul. This means that "soul", in the ancient Israelite times, represents a combination of body and spirit. Thus the two men appear to have loved each other both physically and emotionally." http://www.religioustolerance.org/hom_bmar.htm

When you love someone completely and commit to be their spouse in good times and bad; that sounds like a union blessed, not a sin.  But, that's just me.  Oh, got one more scripture for you:

For why should my freedom be judged by another's conscience?"

More Musings Later-
Posted by Another Writer at 2:16 PM 1 comment:

That's code for I'm going to try to push forward and behave like an adult.  Although, grief happens at any age and for a variety of reasons.  Moving on.

Did anyone watch "The Bachelor" last night?  Every year, I swear I won't watch it because it galls me so much and I break it every time.  This year, almost made it.  We were at a friend's house last night and she wanted to see the final show and we all needed to see who Derek Hough would be dancing with this season, am I right, Ladies????

Well, it didn't take long to learn what had transpired.  There's this really handsome pilot named Jake that is 31 years old and still a bachelor.  It was down to 2 girls he was choosing between.  I say "girl" on purpose because they acted as if they had just gotten out of high school.  Their chirpy little voices were Valley Girl-ish and they smiled constantly.  That bugs me.

"Tin Foil"
One girl's name was Tinsley.  Strange name, and yes, I should talk.  I just refer to her as "Tinfoil".  She was the more mature girl of the two.  Jake liked this girl but told her TO HER FACE, "I'm just not physically attracted to you as I am the other bimbo."  Really?  seems to me that you were knocking the boots the entire season with this one and you were enjoying it.  NOW you decide you're just not that into her?  Okay, I see why you've been a bachelor for so long.  You're a weenie or a player.  You get what you want and then cry about it afterwards.

"Vicks Vapor Rub"
Then his wife to be is named Viseral, Vision, no, wait...Vicks Vapor Rub, uh...I can't remember.  Blond hair, Valley girl, weird voice, immature as Jake, doesn't get along with anyone.  She is a pitiful one.  Nobody likes her (code for "I'm a bee-otch"), she NEEDS Jake (code for: she has issues and lots of em if she needs a player that crys about it) and she is in love with him.  If I hear that one more time from these girls I will smack them into next week.  They are not in love, but IN LUST.  All they have been doing is humping this guy.  That's it.

So there ya have it.  Tin Foil lost and Vicks Vapor Rub won.  And, I still don't know which star Derek Hough is dancing with.

More Musings Later-
Posted by Another Writer at 1:17 PM No comments: