How Come-
The people that are doing dental commercials all have dentures? 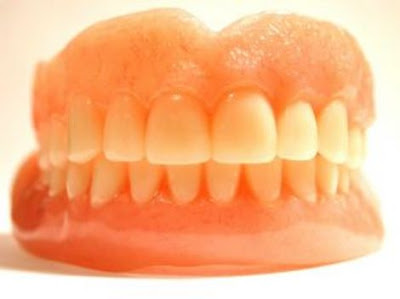 How Come-
Girls/Women scream for male rock stars? You don't see guys screaming for Beyonce or Christina Aguillera...?
How Come-
People want a celebrity to sign their name on a piece of paper?
How Come-
Some gay guys are attracted to guys that look like women? Wouldn't that make them straight? 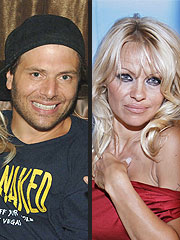 How Come-
Gay girls are attracted to masculine women? Wouldn't that make them straight?
How Come-
Little kids are so cruel to other kids at recess?
How Come-
The Ku Klux Klan wear those ridiculous robes with hoods?
How Come-
Ray Lewis of the Baltimore Ravens does that strange, vulgar dance when he comes onto the football field?
How Come-
As a kid, you feel like you know alot of answers, but the older you get, the less you know!
How Come-
Paula Abdul is a judge on American Idol? She doesn't critique anyone except to say they look beautiful or handsome. Not to mention she's not a singer. 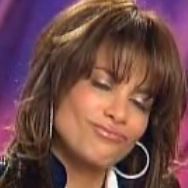 How Come-
Paula Abdul wants to be on "Dancing with the Stars" when she is a professional dancer?
How Come-
Willie Nelson,Porter Waggoner and Bob Dylan became famous singers? Their voices are pretty crappy, although 2 of them are great songwriters.
How Come-
Garth Brooks talks about himself in 3rd person?
How Come-
Peyton Manning sounds like he needs to blow his nose all the time?
How Come-
Ann Coulter said that 9/11 widows "wanted attention" after the attacks? I think it's the other way around.

How Come-
Bill O'Reilly thinks that the country needs him to tell us what is "spin or no spin"? I think he is a goober.
How Come-
Our government doesn't implement "Domestic Partnership" for gay couples with the same rights as married couples?
How Come-
This blog seems to crash by saying, "Internet Explorer could not establish a connection." I'm obviously online?
How Come?
Well?

More Musings Later-
Posted by Another Writer at 8:19 PM No comments:

Falls, Referrals and Boots, Oh My!

Can I say one thing I have observed in recent months?
HEALTHCARE SUCKS
Now, I didn't bitch when I got the vasculitis (Churg/Strauss Syndrome) although I wanted to! I won't post the pics of my breakout they are so disgusting...but, I am 46 and have been fairly healthy for the most part...no major surgeries and so forth. So, what the hey, I decided to grin and bear it. I kept thinking of my sister putting up with the same crap only much more so and now I was feeling some of her pain.
So, I still have a nasty rash on my legs and feet and I guess I've grown used to seeing it. I'm on my last antiobiotic (Praise Jesus) and I've weaned myself off of insulin and massive doses of steroids.
Can I say steroids SUCK? I was SO depressed while taking it in the hospital and at home. I remember when I watched a football game one evening, it was the NY Giants vs somebody that I can't remember at the moment and they lost. (I was rooting for NY). What did I do? I cried like a baby. Then when my Titans lost, I sobbed. Why???? STEROIDS. Don't take them, they suck.
Okay, then I am weaning myself off all this crap, right? Then on Sunday, I had been working and was seated with my laptop on my lap. I stood up and my Parkinson's got me. My balance was horrible and I could feel myself going down. Next thing I know, I feel something crack and my ass is on the floor. My knee is swollen and my foot was throbbing in pain. Oh, it's just a twisted ankle, I think to myself. I try to get back up and stand up on that leg....no, it isn't a twisted ankle, nor a sprain. I mean this HURT.
So, once again I go to the doctor who is trying to make an appointment with a Rhumatoid Arthritus doctor for my vasculitis. "Change in plans, doc...I hurt my foot really bad." So, I go to see a orthopedist today. I roll up my pants leg to show him my foot and he looks horrified. "Oh yeah, I have vasculitis." He puts on plastic gloves and looks like he is going to pass out examining my foot. He starts examining my foot, pressing here, pressing there....nothing too painful.

He goes to look at my x-ray. He comes back and takes his thumb and presses in the center of my foot below my 2nd toe. After he regained his hearing from the shriek of pain I bellowed, he remarks, "Did you take alot of steroid for your vasculitis?" I tell him yes.
"You know that steroids weaken your bones, right? That's probably what happened with your foot. By the way, your metatarcel bone is broken."
So, here I am hobbling out of the dr's office with a big honking foot brace. "See me in 2 weeks, it should heal on it's own," he reminds me.
Part of me is pissed and the other part thinks it's funny. I wish you could have seen the sheer horror on the dr's face when looking at my legs/feet.
I guess this long post brings me to this; I was trying to look on the bright side of all of this and it felt like it just kept coming at me. I was mad about it! But, I was brought up to make the best of things. Which I tried my best.
But tonight, I thought of a section of Roseanne Barr's book when she was detailing a similar situation. Here's the gist:
"I went to the store as a little kid and bought groceries for the family with money my mother gave me. I would walk to and from the store with 2 big bags...On my way out of the store, I saw an old lady that dropped some money and didn't realize it. I put my bags down and ran to get the money to give back to the old lady. I tripped when I ran through a pothole and fell.

It was then that I learned that God hates a kiss-ass."
More Musings Later-
Posted by Another Writer at 10:59 PM No comments:

I've been doing some musing...(that's the name of this blog, right?)

Not that it takes much effort, but I sometimes just like to pay attention to what other people are saying. It gives alot of insight into what they are like as people, their strengths, weaknesses and so on. Read on and you'll see what I mean.
Statements from people I've observed recently
"...Why am I still talking about weight after all these years?"
"...If I could live the rest of my life as a thin person, then I would be happy..."
"...I never go out of the house wearing sweats..."
"...I've always wanted to learn how to play chess..."
"...I would feel stupid acting like that..."
"...Why is this happening to me? It's always something!"
"...I'm eaten up with guilt..."
"...I remember when..."
****************************************************
Now, I won't tell you who said what because that would infringe on someone's privacy. I WILL tell you that the first statement is someone that made that announcement on television, so my rule of anonymity doesn't apply. The woman who is seen as having all the answers in life and is a multi-millionaire (or even billionaire by now).
Yep, Oprah Winfrey. I think it took courage for her to say that phrase. Because everyone DOES think she is perfect.

I guess the point I am trying to convey is we all have moments of weakness. And, sometimes it may surprise you to realize that the one person that you thought was a pillar of strength, struggles as well. Somehow, it always helped me too. Do I always look to Oprah? no, not always. But I do think she will get a gold star in heaven for all that she has done while on this earth.
I remember a woman was in her audience one day and Oprah was having a "garage sale" of her shoes and clothes for charity. The woman found a pair of Oprah's shoes and bought them for what she could afford to donate to the Angel Foundation. Apparently, this woman had a very difficult life and struggled to make ends meet each month. But, like a little girl buying her Cinderella shoes, she bought them and took them home with her to the South Side of Chicago.
She remembered the times when Oprah recounted stories of her difficult childhood growing up in Mississippi and then in Nashville. Being abused at a young age, experimenting with drugs, teen pregnancy and so on. And, now she is one of the most influential media stars of our time.
The woman placed Oprah's shoes on the floor of her bedroom and she kicked off her own shoes and carefully stepped into Oprah's shoes. She stood completely still and closed her eyes. Before she knew it, her eyes were filled with tears.
A year later, Oprah held another charity "garage sale" for her charity. The woman who bought her shoes brought them back to the show. Oprah looked stunned when the woman asked if she could bring them back so someone else could buy them.
"What? You don't like them?" she asked incredulously.
"No, I love them. When I bought them, I thought my life was over. I was so tired of the hardships and the money problems and family problems. Just once...Just once...I wanted to stand in your shoes. You've been where I was. You know what it's like. But now, I've stood in your shoes and it gave me strength. Those shoes brought you from where I was to where you are now. Everyone should have a chance to stand in your shoes."

Some shoes are not only good for the sole, they are great for the soul.
More Musings Later -
Posted by Another Writer at 8:44 PM 2 comments: