The "N" word and Paula Deen

My, there is an uproar regarding Paula Deen's mention of the highly offensive word, "N*****".

To tell you the truth, I am a little surprised that she actually told the truth in her deposition.  It seems that alot of people fudge or even completely bold-face lie during those things, but I digress. (Bill Clinton and some other folks come to mind). 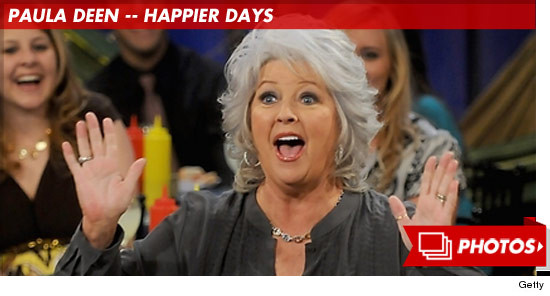 When you stop and think about it, Paula Deen is of that generation that lived through the civil rights movement AND she lives in the deep south.  I'm not saying she should get a free pass to say that word or any other demeaning phrase.  I AM saying the woman needs to explain herself completely.

Deen is clinging to the role of victim with the desperate hope that her fans will ignore her prior transgressions.  In fact, Deen is playing the role of victim so well that when she was on the Today show, she acknowledges saying the word but then makes reference to the Bible verse stating "those without sin, cast the first stone..."  It all craters from there.  She ends the reference with blubbering and wearing the crown of martyr.  "Throw that stone so hard at my head that it kills me!" she wails to the camera.  "I want to meet you!" she cries, again referring to wanting to meet someone without sin.

This is just my 2 cents, but you know what she should have done? Don't skip out on the Today show due to "exhaustion".  Go on the show as scheduled and explain yourself.  Something like this:  "I grew up and lived during the civil rights era.  There was alot of ignorance in the day toward citizens who happened to be black. It was an ugly period in U.S. History and particularly so in the south.  I did say the "N Word" but I have grown and evolved since the days when I uttered that hateful word.  I'm not proud of using that term and haven't said that word again in (insert # of years here.)"

That's it.  There really is no reason to blubber on television, plead with America to "throw the first stone," etc.  Just explain yourself.  If the above truly reflects your opinion of the civil rights era, no reasonable person would fault you for what you said years ago.  Everybody deserves a second chance and I'm quite willing to give Paula Deen hers.  But don't ask me to throw a stone at your head so you can play martyr, cause I just might have to do as you request.

More Musings Later-
Posted by Another Writer at 1:12 PM 1 comment: