Sounds in the Night of Long Ago

The other evening, I was lying in bed watching television.  It must have been around 9pm or so and as I watched a tired Nick at Night rerun, I suddenly heard a familiar reverberating bass line dancing between the chord progression of I, IV and V.

I muted the sound and listened closely.  A smile crept to my lips as I listened to a garage band honing their craft.  The crash of cymbals and the plinking of keyboards provided a throbbing accompaniment behind a tentative yet wailing lead guitar pulling simplified riffs of Carlos Santana.  It brought it all back to me.  While neighbors were making a beeline to the nearest phone to complain to the cops, I was in my bedroom thinking about when I was a young teenager.

I was friends with a young man who lead a band similar to the one I was listening to that evening.  I remember he invited me to listen to them rehearse and that I did.  I got to know his Mom, Dad, little brother and sister.  His Dad worked at a refinery by day and played in bands at night.  He knew his son was talented and mentored the young musicians into a polished band.  I've written about them before, and while I should probably set that memory aside, it's nights like these when sounds in the night bring me right back to those wonderful days. 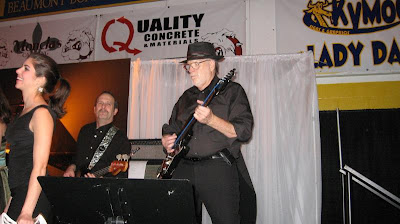 Little did I know that the musical genes continued on to Barry's little brother, David.  I've lost track of Barry Piggott and what he is up to these days.  But, through the powerful medium of the internet, I see that David Piggott is doing quite nicely for himself.  And, Barry and David's dad, Johnny Piggott is still playing in bands.  I've seen photos of Barry's son and it is astounding to me how much he is like his Dad.  From the way he stands to his hairstyle, he is his father's son.  It appears that he is destined for a musical career as well. 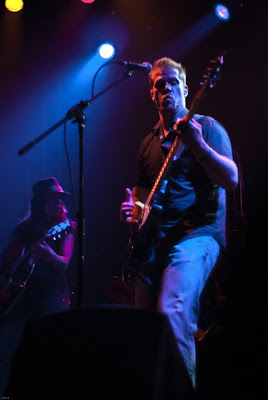 As I listened to the continuing fugue of sound from next door, two things occurred to me; the Piggott musical dynasty will continue on and I hope the neighbors will hang up the phone, turn off their tv's and listen.

Something special is happening right next door.  In fact, someone may write about it in the future.

More Musings Later~
Posted by Another Writer at 2:44 PM No comments: