Last night, my partner and I went out to dinner.  Let me tell you, we NEEDED that dinner out.  Why?  Well, let me set the atmosphere:

We've been scraping for jobs during this crappy-ass economy and finally are starting to get some steady gigs.  We haven't been out in MONTHS.  Literally.  We live AND work together 24/7.  We've been sniping at each other, stressed out, having laptops implode, talking to customer service geeks in China who can barely speak conversational English, replacing a waterheater that was leaking and the list goes on.  I'm willing to bet that we haven't been out in at least a year. 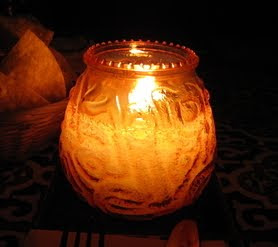 We decided to go to a restaurant that featured tinkly music, quiet conversation, candlelit tables and a piano player after 8pm.  As we sat and talked, the scope of our conversation changed.  It wasn't about laundry needing to be done, blogging that was behind etc.  We were discussing "dating-esque" topics.  Things that interested each of us, vacations that we took in the past that we loved and why.  It was relaxing.  In fact, it reminded me of when my parents would go to a restaurant in Port Arthur, Texas called, "Leo and Willies".

My sister and I would be on our best behavior and we always ordered the same thing.  Some sort of Chicken Cutlet that was so unique and delicious, that if I tasted it today, I would know it in a second who made it.  My parents would even have a cocktail and they weren't much for drinking in those days.  The lighting was dim, there was tinkly music, people dressed in their finest suits and dresses and everyone talking in quiet conversation as forks, knives and spoons clattered quietly against the plates.  As I looked around, Chianti was purchased and poured freely from it's wicker holder and exotic cigar smoke filled the air.  It was my first fancy restaurant memory. 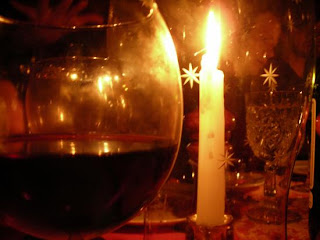 Once dinner was over, I always excused myself from the table and walked over to where the cashier waited for payments and gave out mints for the ride home.  She sat behind a glass case that was filled with various cigar boxes  with cigars on display.  I would stare at those cigars and wondered about the men who smoked them.  We lived so frugally in those days that I couldn't imagine buying a cigar for after dinner.  I thought Leo and Willies was the most incredible place I had ever been to.  Somehow, problems lifted temporarily, people talked softly and laughter was so much easier within the confines of candlelight and tinkly music. 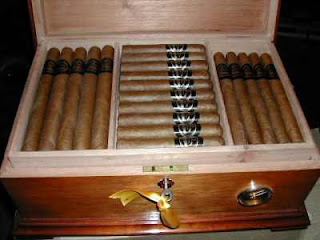 That's when I made myself a promise:  When things are too much, if I can possibly swing it, I visit Leo and Willie type restaurants.  When I am celebrating an event such as a birthday, exotic vacation etc, I purchase a cigar and smoke it.  They were never meant to be packaged inside a box under glass without the hope of being opened.

More Musings Later-
Posted by Another Writer at 11:09 AM

Thank you for reminding me that the little things are what we should be living for. Strange how childhood memories can put things, and days into persepctive.

I grew-up in Port Arthur and recall Leo and Willie's very well. It was simply the best seafood restaurant around. You can't find restaurant food like that today. How lucky we were!

Thanks. For some reason memories of my childhood surfaced today and I thought of dinners at Leo and Willies. They were superb, even to a little kid.

Thanks for sharing your thoughts. I truly appreciate your
efforts and I am waiting for your further post thanks once again.

Thank you for the walk down memory lane. All special occasions were spent having dinner at Leo & Willie's! I always love the relish tray they brought out for you to snack on with the garlic toast. Best seafood platter and I loved their baked potatoes. I would load mine up with everything they brought to the table, extra cheese, extra butter, extra sour cream extra bacon bits. Wish it was still here!!!

They made the best stuffed crabs I have ever eaten, my other favorite was the lump white crabmeat covered with drawn butter & green onions; I would rotate. If they ever invent time travel, I would spend 3 meals a week back there, Leo & Willie's, & BBQ Crabs @ Al's Seafood in the Groves. Wish the decendents of the owners would publish a cookbook, or, better yet, open another restaurant. 44 years ago, my dad treated my wedding party to supper @ Leo & Willie's, I will NEVER forget it.

They made the best stuffed crabs I have ever eaten, my other favorite was the lump white crabmeat covered with drawn butter & green onions; I would rotate. If they ever invent time travel, I would spend 3 meals a week back there, Leo & Willie's, & BBQ Crabs @ Al's Seafood in the Groves. Wish the decendents of the owners would publish a cookbook, or, better yet, open another restaurant. 44 years ago, my dad treated my wedding party to supper @ Leo & Willie's, I will NEVER forget it.