So Much BS, So Little Time-

Now, a few things have transpired since my last blog and I have been mocking my own television with frustration as I finish work for clients.  Here are some of them:

They have one more game to play and "can't think of a reason to really play hard since they were eliminated from the playoffs..." 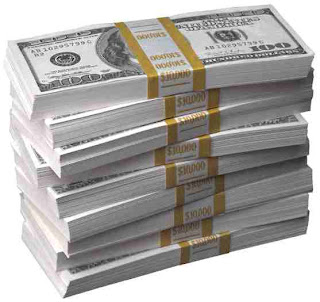 My Suggestion:  How about playing for those 6-7 zeros that are in FRONT of the decimal point that you are paid each year?  Don't even get me started.

Other Thoughts:  Jeff Fisher's hair is too dark.  Quit dying it Black shoe polish.  Try a medium brown, you know, like the kind you have always had except for the last 6 games. 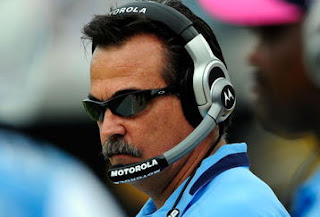 Please retire Kerry Collins.  He looks tired and he's not getting the hint that he is a BACKUP quarterback at best, not a starter.

Can someone interpret for Chris Johnson when he is interviewed?  He is a spectacular athlete, I just can't understand what he is saying.  It looks like it might be pretty good since he shakes his dread locks at the end of each statement and laughs.

First of all, why would anyone riot?  The guy is an idiot and not too tightly wrapped.  So what?  He went to USC where there is better weather and better money for sure.  And, I'm willing to bet there aren't any criminals on the team either. When the crowd (after rioting and burning hate messages into the grass etc. for Lane) settled down.

The local news interviewed a few people about his sudden departure.
One twenty-something male said, "He's an A**hole!  If you ain't a UT Volunteer, You ain't NUTHIN!"

My Thoughts: "Dear boy, believe it or not, there is a great big ole world outside of those goalposts in Knoxville, TN.  I promise.  You should venture out sometime.  Really."  NOW:  He's an A**hole for leaving Tennessee?  Give me a break!  I love where I live and love Tennessee.  But, if I am a younger person and have the opportunity to get a job where I know I will like it and get the perks of : Great weather, GREAT money and a GREAT school.  You're telling me you would turn that down?  I'm sorry, but you're an idiot.  Get over youself.

More Musings Later-
Posted by Another Writer at 10:07 PM