I Don't Get It

Okay, there are some issues that have been making me stop and scratch my head. See if you don't agree:
Guns Allowed in Restaurants and Bars
Who in the hell voted this law to pass? WHO? Those who declare that "They have the right to bear arms?" What people don't understand is that it doesn't mean you can "pack heat" anywhere you please. What are you going to do? Shoot the McDonalds clerk for getting your order wrong? Give me a BREAK! See Wiki's explanation.
Wikipedia: the U.S. Supreme Court ruled that "[t]he Second Amendment protects an individual right to possess a firearm unconnected with service in a militia, and to use that arm for traditionally lawful purposes, such as self-defense within the home."[24]
Guns in the Parks
"Okay, back away from the monkey bars and I won't blow your head off!" I mean if you don't set kids straight at a young age, they "won't learn nuthin'" Yet, people in Nashville are all in an uproar over this. HELLO? Still don't get it.
Obama Bashers
That Obama guy is too big for his britches...Ok, I agree that the "Beer Summit" was stupid. He misspoke and had to get out of it somehow. Think back people...remember how "W" used to mangle the English language and then chuckle about it? Remember when he had that deer in the headlight look nearly 95% of the time? Get over it! 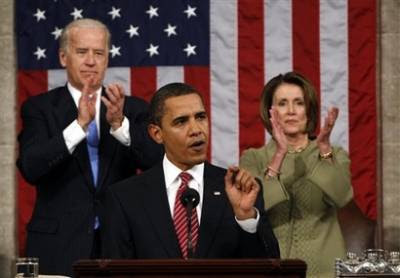 One more: Remember when Obama started working before he even took the oath? AND "W" LET HIM? Hell, he was kicked back in the oval office suckin on a cigar just counting down the time. He was a waste and so are people's time if they are going to gripe for 4 years.
Michael Jackson Coverage
Alright...the man is dead and it was because of the drugs. DUH...bury the guy! He was the cash cow for his family and his father is even more of an ass than I originally thought. Last night I watched Nancy Grace and they played the same piece of tape OVER AND OVER until the 30 minute show was over. And I mean OVER and OVER. Nothing more to see people, move along. 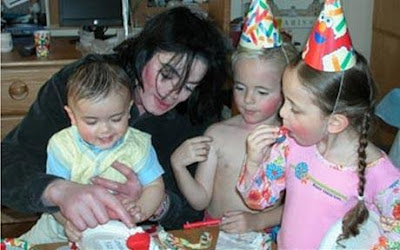 Oh, one last thing: Joe Jackson is stating that an older boy is Michael's biological son. HELLO! Michael is not the biological father of any children. C'mon, do I really have to tell people that? I think it was awful that his 3 children found out that Debbie Rowe was their mother on T.V. and that Michael wasn't their biological father.
Can somebody please cut Blanket's hair and pay attention to him? He looks like a lost little soul.
C'mon people, has everyone lost their common sense?
By the way, I've officially gotten old: When I saw this photo of Michael, I was dying to pull his hair out of his eyes!
More Musings Later-
Posted by Another Writer at 10:38 PM