Yes, I'm just discovering the wonderful world of Netflix. At first glance, I thought it would be a typical video online store offering the latest releases but I was wrong.  There are some of those along with countless lesser known films and documentaries that boggle the mind.

I watched one film that was spoken entirely in French with subtitles titled "Tomboy".  I thought this was one of the most beautiful films I had seen on gender identity.  It takes the viewer along for a ride to show what it's really like for someone to identify with the opposite gender.  It affects that person, their family and everyone around him or her.  I truly felt for this little girl, who was so comfortable as a boy yet struggled mightily as a girl.  The film was sweet and sad and in the end, hopeful.  Those of us who have walked a similar path, it will leave you thinking about the film for days afterward. 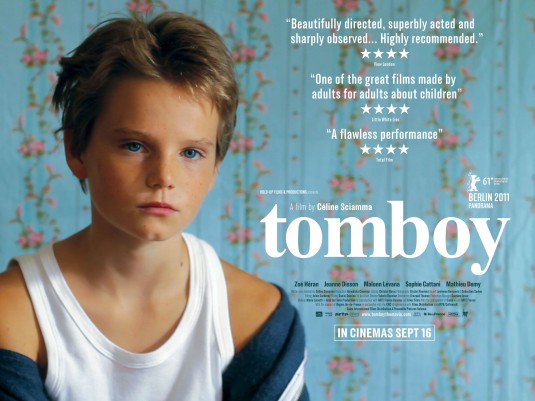 The next film I watched was "Puncture", a drama about 2 lawyers in Houston that take on a corporation in the health care field due to risky drug manufacturing.  The catch?  One of these brilliant lawyers is a drug addict.  Between snorting lines of coke, drinking bourbon and the like, he's crafting a legal prosecution fit for the finest legal minds.  I was captivated from start to finish.  Here's the kicker:  the story is true.  Rent it you won't be sorry.

Sarah's Key was another gem that details the life of a Jewish, French family who are taken by soldiers in 1942.  The apartment they live in holds a secret that a current French family discover as they learn more about the past of Sarah.   The anguish and horrors of concentration camps is a familiar one although it is happening in France this time.  It was a haunting story especially because it was based on a true story.  It makes you want to trace your family's roots by the time the movie is over.

Thank you, Netflix.  I would have never discovered these jewels without you.

More Musings Later-
Posted by Another Writer at 3:01 PM

This post is invaluable. When can I find out more?
Also visit my web page convert centimeters