Watching the news can be a depressing endeavor some days.  So full of violence, political idiocy, hate and religious persecution.

A week or so ago, I watched a story where several teens were bullied at school because they were gay.  I suddenly was thrust back in school and was the butt of jokes, mean spirited remarks and other forms of taunting once again.  Yeah, I was one of those kids that was bullied.  I hated school.  I wondered how long it would take before the comments and taunts would stop.  The school yard filled with children shouting filthy names at just a few soon grew into junior and high school students where the shouting was replaced with whispers, stares and false rumors traveling at the speed of light.

The first time it happened, I was in elementary school.  I was wearing a lacy dress, shiny leather shoes with lacy socks along with a hair ribbon  pinned to the the curls in my hair via rollers, Dippity-Doo, Aqua Net and bobby pins  for safekeeping.  I looked like every other little girl back in the day.  But, apparently my secret was out. During class one day, my teacher was writing on the blackboard and I raised my hand.  The boys had been calling me a name and I didn't understand why.  My teacher acknowledged me and gave me permission to ask the question.

"What does the word, 'queer' mean?"  She thought a moment trying to second guess my reason for asking and simply stated, "It means, 'odd' or 'unusual'.  She turned around and continued writing on the blackboard.  I felt vindicated as I just wanted someone else of authority to tell me what I already knew.   My teacher turned around again and looked at me expectantly and asked, "Did that answer your question?"

I decided to push my luck a bit further.  "Does 'queer' mean the same thing as 'homosexual'?"  She laid the piece of chalk in her hand onto the blackboard tray along with the erasers.

"To be absolutely clear, the words, "queer" are slang for the word homosexual.  This slang term is meant to be hurtful towards others when used.  The word, "queer" will be used properly in this classroom, out in the recess yard and in my presence.  Have I made myself clear?"  My teacher wasn't particularly well-liked so the emphasis of her words was missed by most of the children.  I realize now that she could have gotten into a lot of trouble making that remark to a class of 3rd graders.

The next morning I walked to school and saw that our school had been vandalized.  Across the main entrance, someone had painted the words; "TARYN IS A QUEER."  I was mortified, highly embarrassed and ashamed without knowing why.  I felt like I was the only one to endure this type of bullying.  As I think of it now, it's amazing to me that people are STILL being persecuted for being gay.  You might as well condemn me for having brown eyes.

I tell you this story so that other kids that have gone through similar, not as drastic or even more extreme bullying will know they are not alone.  I lived through it and discovered that life can be quite wonderful as an odd duck.  So, I am asking that everyone that has read this blog to pass this post on to friends and friends of friends.  As Shug Avery mused to Miss Celie, "I think it pisses God off for people to walk by the color purple and not even notice." 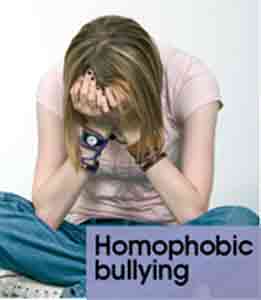 We're here, We're Queer and there's no need to Fear.

More Info On October 20th we will wear purple to bring awareness to, and put an end to intolerance in honor of the 6 boys who committed suicide in recent weeks/months due to homophobic abuse at home and in schools. Purple represents spirit on the LGBT flag and that's exactly what we would like all of you to have with you: spirit. Please know that times will get better and that you will meet people who will love you and respect you for who you are, no matter your sexuality. Please wear purple on October 20th. Tell your parents, friends, co-workers, neighbors and schools.

and all other victims of homophobia


More Musings Later-
Posted by Another Writer at 10:10 AM

life should be tolerated equally.Especially with our children,it shouldn't have so much hated in it !

I am thrilled. I found you. Wow, I thought you were just some writer that had a blog. Looks like you are somebody. I don't get out much. lol
Can not wait to read more of your stuff. And to think Norman Maclean brought us together. Thanks Norm