The Allure of Id

I don't mind telling you that I have become a junkie of the worst kind.  My thoughts inevitably lead to when can I watch more of it?  Each day's challenges along with mundane occurrences are met with a renewed analysis.  The child's most incessant and irritating question:  Why?

If the above sounds familiar to you, then you've been watching HBO's In Treatment along with me.  I never saw the series until recently as they are catching viewers up on past episodes so that when Season 3 is throttled into gear, everyone is on the same page, or couch as it may be.

I've always been intrigued by psychology and how therapists are able to decipher and untangle the wires of emotion within us.  HBO has taken this series which was originally a successful Israeli television program and tells the story of a fifty-something therapist who allows the demons of his patients to rear their ugly head for answers along the path to clarity.  The viewer of this drama becomes the voyeur seeking gratification to our lustful interests as we are allowed into this sacred, yet raw vulnerable area of the patient's psyche.

Never mind that the therapist is that of brooding Gabriel Byrne, an intriguing and attractive Irishman who is able to settle back into an easy chair and engage either silently or quietly to the rumblings of his patient's emotional debris.  I guarantee you will find yourself examining his face for any nuance of discovery.  Even though his own life is as shattered and disturbing as his patients'.  His lilting brogue serves as the voice of reason or further self exploration of your emotional mine fields, indicated by a hmmm or referenced with a forefinger to his forehead. 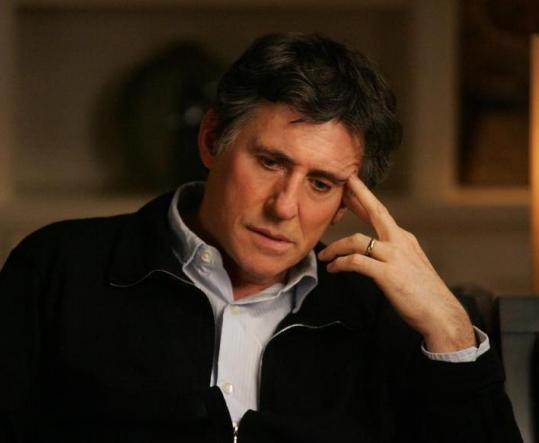 In any event, I've been consumed with this program.  Just yesterday, the phone rang and as I held the receiver to my ear, I heard the words of a man stammering, "Hi, I'm your Dad."  Words I hadn't heard for at least 20 years.  He wanted to speak to my mother.  As I handed the phone to her, I silently corrected his choice of words from "Dad" to father.  A very large difference in my mind. I wonder what the good doctor would say?
Posted by Another Writer at 1:17 PM