The Wisdom of an Old Friend

I've had the priviledge of collecting friends throughout my lifetime.  There are those that are dearly departed, some have moved on and some niggle at me to pick up the phone more often than I do.  Then, there are the ones that come to me in the most unusual of ways.
Consider my friend, Alan Solomon.  I wrote a novel with this man who once lived near the jungles of Chiang Mai, Thailand.  It may seem impossible for people to understand how that happened, but it did.  I've never met Alan, only through emails, instant chats and the like, via internet.  I've never even heard his voice.  That feat alone, makes the accomplishment of "The Mango Tree Cafe, Loi Kroh Road" a memorable one.  I feel very fortunate to meet Mr. Solomon, that's for sure.  As writers, it's as if we were seated next to each other at a pub somewhere mapping out our novel.  Sometimes people just CLICK. 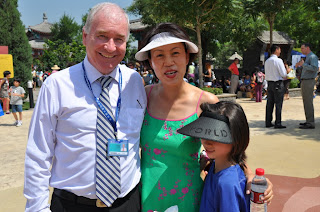 Then, there is another friend that I've had for quite some time now.  She's a writer as well, only her wordsmithing doesn't rest within the confines of a page, the bonus is the delivery of her words within a melodic package sung in her familiar alto.  We've never met, although I did quite literally bump into her at a radio station on Music Row alot of years ago after she completed an interview.  I wanted to say something to her and couldn't.  I was too shy.  Yet, however many years ago that we first bumped into one another, it is her music and thoughtful yarn that I listen to in the wee hours of night.  As a writer, I can see the care she takes in crafting her thoughts and making sense of them during the most difficult of times.  Whether it comes within a melody or resting neatly upon a page.  She "gets it." 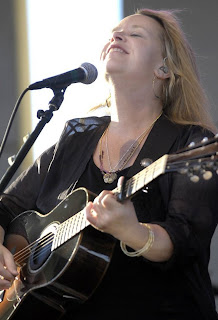 Right now, I'm going through alot as most people on this planet tend to do from time to time.  It's during these times when I am most grateful for my friends...ones that I've met and ones that I haven't met.  Especially to the one that I was too shy to even say hello.

More Musings Later-
Posted by Another Writer at 10:21 PM

Labels: "I Was A Bird", Friends, Mary Chapin Carpenter, times

aww that's kind of sad that you didn't say hello... but oh well.. do you guys still keep in touch?

I would like to exchange links with your site musings-from-a-writer.blogspot.com
Is this possible?

Send me your link and I will review to taryn.simpson@gmail.com. Thanks!