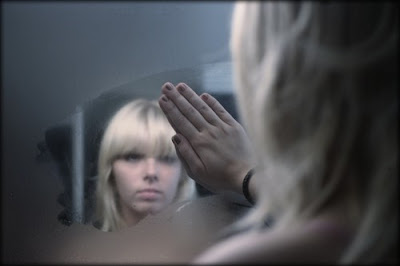 Facebook is a clever tool. I've been finding college friends, teachers, old co-workers and others. Each time I see their pictures, the memories flood back to me. It's like looking through a time capsule of each person I've known. Sometimes the person they are today is exactly as I expected, sometimes it's a total shock.
This one person that I found falls into the category of shock for me. In college, she was the life of the party, had a fantastic sense of humor and had that intangible something extra special that some call "it." Not that she still doesn't have these qualities...I'm sure she does. She has just taken a 180 degree turn in the direction of her life. Again, not bad, just very different.
Somehow, she saw something in me as a music student that she was able to mold. I was 12 years old when I first met her. I was in awe of her, wishing I could be exactly like her. She was talented, great with people, funny and admired by countless other music students. And, I was her student. I didn't have much confidence in myself then and she helped me to discover that I was good at something. I felt that we were the antithesis of each other. 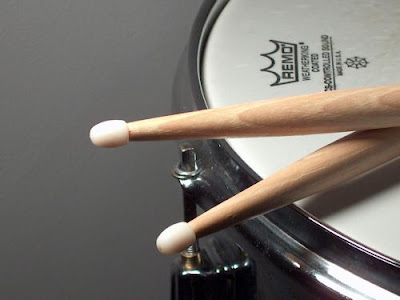 When I competed for musical awards, everyone of stature knew I was her student. When they heard me play, I remember to this day the way they looked at me. The next thing I knew, I was a 12 year old sitting in a college level class for music. With each achievement, my confidence grew. It formed my identity. When I wasn't supposed to hear, I would overhear judges and other teachers whisper, There goes her student.
Those experiences are a huge part of who I am today, even though I'm not a practicing musician any longer. Those childhood experiences with music helped me have the courage to audition at Juilliard in New York, play for operas, musicals, symphonies, marching and pop bands. I had a wondrous and complete education in music, life and myself. 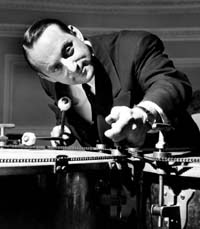 Juilliard's late, great Saul Goodman with his crank tympani invention that I actually auditioned on that fateful day of March 3, 1980. Incidentally, Gene Krupa was his student.
I have been wanting to thank this person for many years. I was unable to locate a mailing address or email address until I saw her on Facebook. I finally thanked her. It may not seem like a big deal to some people, but she is clearly owed a thank you from me and perhaps more. And, I gave it.
One teacher I had signed my yearbook with these sage words:
I hope you got something out of your musical education besides the music itself.

I did.
More Musings Later-
Posted by Another Writer at 9:23 PM