Moments in this Life that shaped ME

Dancing as Donny & Marie with my sister in our kitchen when we were kids.
When I was a kid, I was told that I was "beyond my years" as a musician. Everyone seem to know my name.
When I went with my father to run some errands, he bumped into a coworker who smiled at me and asked, "And who is this little lady?" My father told him my name, but didn't know anything else he was asked about me. I felt embarrassed and didn't know why.
Growing up with my cousins, we were as close as brothers and sisters. Holidays were so much fun.
When my mother told me when I was 13 years old, she and my father were getting a divorce, I told her, "I guess it's time you did something for yourself."
Going on errands to the mall with my father and somehow bumping into my aunt each time. The moment "I figured it out".
March 3,4,5, 1980 - Auditioned at Juilliard in New York City. First plane ride, first time to New York. I auditioned, took a piano barrier and a theory test. Was I prepared? Hell no. 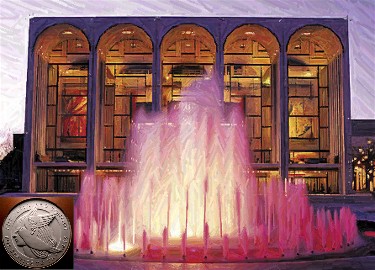 The night of March 3rd, I was in a diner across the street from Lincoln Center/Juilliard. I had auditioned that day amid thousands of others. The naive Texas kid. I suddenly hear a knock on the window and see the man I auditioned for...He gives me a thumbs up and waves as he moves back into the crowd. I couldn't say anything. How could he possibly remember me? I didn't quit smiling for a week after that.

The life I led after the divorce.
Watching my sister cajun dance with my grandfather.
As a kid, I looked into my aunt's eyes and knew she wasn't "quite right."
Denying who I was for so many years.
The day I faced it and accepted it. It nearly broke me.
The day Hank died.
The day Fred died.
The first time I admitted to myself that I was in love with my partner.

Dealing with all the "crap" that seems to come with the tag, "gay".

Climbing out of my bedroom window to get away from my step-father.
Confronting my father about the divorce.
Moving to Nashville, TN
Office politics and how I let it take too much from me. Never again.
The day I was diagnosed with Parkinson's and feeling so fragile about it.
The day my partner and I went to New York City and celebrated ourselves.
The day I swam in the West Indies ocean (Turks & Caicos).
It took all of the above and more to become...ME
Posted by Unknown at 8:55 PM

thank! for this news it's a good infomation !