Okay, once again, I've put on my "big girl" panties and ready to move on to other subjects besides affairs of the heart.

I would like to explore what I term, "The Skank Factor."  You've surely heard the term, haven't you?  Such as, That girl/boy is so skanky!  But what truly constitutes someone being labled "A Skank?"  I didn't invent the word, but I do like to consider myself somewhat an officianado of the term.  How do I know this?  I find myself commenting on people who appear to be, well...Skank-ish.  To me, skank is someone that appears to be unkempt in their appearance, showing too much skin and oblivious to what good taste is all about.


Let's review some folks who I consider to be skanky, shall we?

Dancing with the Stars
The professional dancer, Edita (sp?) appears to be skanky to me.  If I were to register her skank factor on the trusty Skank Scale, she would rate a 9.  That's getting up there.  I cringe each time I see her dancing as her skankiness is so profound to me.  I'm not the authority of skank, I simply calls'em likes I sees'em. 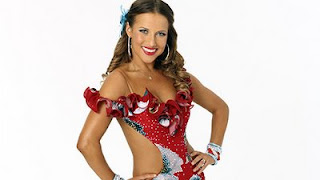 The Neandrathal man aka, Tony, another professional dancer on this show.  His eyebrows are so prominent, it makes his eyes appear as if they are sunk into his head.  His skank factor is about a 3.  Not bad and nothing a little weed whacking can't correct.

The Bachelor
Jake - Mercy, what can we say here?  I nearly tossed my cookies when I saw him dancing in his underwear on Dancing with the Stars.  Let me elaborate on his skankiness.  He is extremely well groomed and doesn't qualify for skank based on that criteria.  His qualifying event is that he is showing too much skin and oblivious to what good taste entails.  That and he cries at the drop of a hat.  Thus, he is a double-decker:  A Skanky-Cry Baby.  He rates 15 on the 1 through 10 scale.

Actors (Men)
Men that refuse to shave daily posess a bit of skankiness in my book.  You know the look, the 5 o'clock shadow, the stubble, the look that they haven't had a shower in a week.  Pure unadulterated SKANK.

Some of the worst offenders:  Brad Pitt, George Clooney and Alec Baldwin.  The funny thing is, when they make a movie as a romantic lead, they shed their skankiness as a snake sheds it's skin.  Therefore, I rate them as Skank on a sliding scale.  Alec Baldwin rates differently:  I would rate him a Belly Buster-Crappy Daddy-Skank master.  He qualifies on all levels. Women
Some women qualify on different levels.  For example, Pamela Anderson; she is well-groomed, but I think she presents the wrong idea about herself.  Her animal rights contributions are often overlooked because of this.  Her skankiness is about a 2.  Button up your blouse, Pamela and show the world your humanitarian efforts.

Me:  While I am well groomed, I consider myself to be somewhat skanky.  Why?  I need to shave my legs.  I'm glad I'm not on Dancing with the Stars.  Between my hairy legs and Neandrathal Man's eyebrows, we would tip the Skanky scale at a Follicle Phenomenon Skank Twins.

More Musings Later-
Posted by Another Writer at 12:17 PM

lol @ Alec Baldwin. He's just soooo gross. He absolutely RUINED "It's Complicated. I went to see that movie because i love Meryl SOOOO much, but i just couldn't get past the chest hair and man-boobs.... blech!

Thanks for the nice posts Lloyd. I freely admit I'm skanky as well at the moment :*. Now, where's my razor?